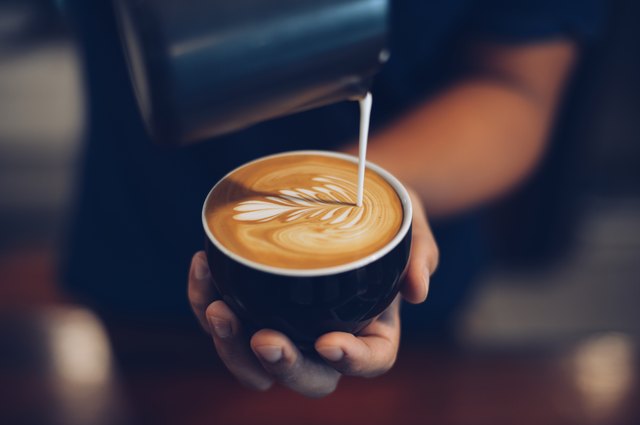 The effects of caffeine in coffee can be felt within 15 minutes of your first sip and last for several hours.

Loaded with caffeine to perk you up, a fresh pot of coffee is what gets some people out of bed in the morning. It’s no wonder why an estimated 62 percent of Americans drink it daily, per the National Coffee Association.

There are also some health benefits to drinking coffee regularly: It’s associated with reduced risk of diseases like colon cancer, Alzheimer’s, Parkinson’s disease and stroke, according to John Hopkins Medicine.

Despite its effects on energy levels and potential health benefits, some coffee drinkers may notice an uptick in breakouts. Dealing with acne is never ideal, and the root cause of acne can be difficult to figure out on your own. Here’s why putting down the coffee cup or changing what’s in your mug may help.

Coffee doesn’t inherently cause acne. But there are components of coffee that can worsen acne under certain conditions — and caffeine is one of them.

Unless you’re drinking decaf, the caffeine content in coffee can aggravate skin problems. This has something to do with the heightened stress response in the body that caffeine elicits.

There is a relationship between caffeine and elevated stress levels. Caffeine can alter levels of the stress hormone cortisol, according to a small March 2013 study in ​Stress and Health​. When cortisol levels are high, the body enters its natural “flight or fight” response: high blood pressure, high blood glucose levels and so on.

Another side effect of elevated cortisol levels is acne. Stress correlates with the severity of acne, according to a December 2017 study in ​Clinical, Cosmetic and Investigational Dermatology​.